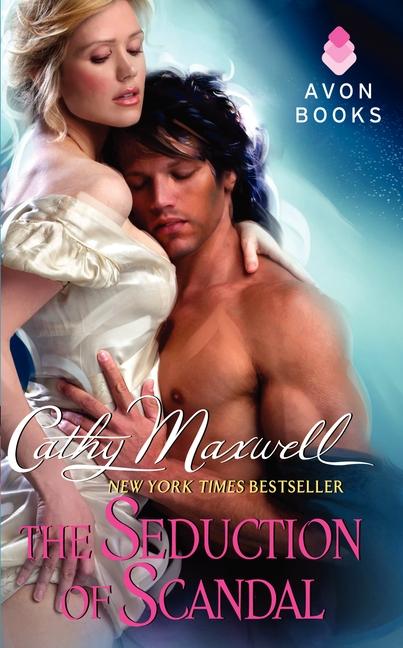 The Seduction of Scandal

Lady Corinne, rebellious daughter of the duke of Banfield, refuses to marry Lord Freddie Sherwin. Yes, he’s the catch of the Season and the man her father chose for her. He’s also the most despicable male of her acquaintance. With her wedding only weeks away, she flees and finds herself a prisoner of the notorious Thorn!

Who says the devil isn’t a woman?

The rich and powerful tremble at the highwayman’s name, while England’s villagers rejoice in his bold exploits. His identity is a secret; his life a mystery— until Lady Corinne tumbles into his arms. If the Thorn wants her silence, he must hide her until her wedding day passes. It’s a devil’s bargain and one that can only lead to a hangman’s noose.

Corinne believes it the perfect plan—until her highwayman reveals a passionate lover’s heart, and she realizes that in the seduction of scandal, she may have found the hero she’s been waiting for her whole life.

(A portion of the proceeds from the sale of this book and others (up to $25,000) will be donated to the Ovarian Cancer National Alliance.)

Read The Seduction of Scandal Excerpt

He turned, ready to eat her up alive with his tongue. If it hadn’t been for her foolishness, he wouldn’t have had to spend the night traipsing back and forth fetching bandages, worrying if he was doing the right thing, worrying if she’d stay alive.

The tongue lashing he’d wanted to deliver evaporated from his mind at the sight of Lady Corrine standing in the narrow doorway between the two rooms wearing little more than one of his shirts.

Dear God. He leaned forward onto his knees. He remembered too clearly how soft her skin was and how full, how perfect, how luscious her breasts were.
It had been his penance to undress her, to keep his hands off of her.

And it didn’t help his sorry state to have her standing there as proud and demanding as a Teutonic goddess. Her pale blonde hair caught the beams of sun coming in from the back room, creating a halo of light around her. The backlight also delineated the shape of her amazingly long legs, which could be seen clearly beneath the sheer, fine material of her petticoats.

Her feet were bare and as perfectly formed as the rest of her.

She was The One. The Incomparable.

The Unattainable … and whoever had christened her such had named her right. The lure of a siren mixed with the scorn of a harpy in the duke of Banfield’s willful daughter.

Will came to his feet, needing his extra height to keep her, and his lust, at bay.

“You appear the worse for wear, Reverend.”

He was conscious that he needed a shave. His beard was such that he looked quite vicious if he didn’t keep it under control. And there were probably circles under his eyes that matched the weariness in his bones. Yesterday had been a very demanding day before he’d made an appearance at his foster father’s dinner table. Certainly his hair must have been going every which way now.

In contrast, she appeared well rested and amazingly fresh and lovely.

“I needed to see to your welfare, my lady. You are lucky I discovered you injured on the side of the road on my way home last night.” If there was a chance she didn’t remember anything after being shot, Will was going to play it.

“Necessary for attending your wound.”

“So you didn’t believe Major Ashcroft would return for me?”

There was an edge to her voice. “You remember,” he said. He might as well lay it all on the table. He had to remember how willful she was, how bold. Dislike and distrust were good foils for lust.

“Not the undressing,” she said. She crossed her arms as if protecting her breasts from view. The movement caused her to wince, but she bravely, stubbornly kept her hands where she’d placed them. “But I remember everything else.”

“I feared you would.” He tucked the flint and stone in his pocket. “So what happens now? Are you going to go running to Freddie with your discovery of who I am? I don’t believe so. There was a reason you were stowed away in that coach last night.”

“You came from somewhere, and Ashcroft was obviously surprised at your presence. I had been inside the coach, and you hadn’t been there. I was very careful to ensure I’d accounted for everyone present.”

She dropped her arms, reached up, and placed a hand on her left shoulder, as if the bit of pressure relieved the pain. “You truly are frightening as the Thorn.”

“I try to be, my lady,” he said. “Although you don’t seem frightened now, and perhaps you should be.”

She cocked her head at his warning, considered him, then shook her head. “You won’t hurt me.”

“Maxwell charms and delights with each book. Here she brings a delectable highwayman, pulse-pounding adventure and plenty of suspense and romance to a Robin Hood-themed tale that will sweep readers away.”
—Kathe Robin, RT Book Reviews (

“Intriguing… an entertaining read that helps steal away the afternoon.”
—Night Owl Romance (also appears on Cocktails and Books)

“Entertaining… Cathy Maxwell wraps up her fabulous Scandals and Seductions series with this buoyant fifth installment… wonderful protagonists… Ms. Maxwell had my undivided attention… [she] also managed to have me on the edge of my seat… a heck of a climax…I’ve come to love this charming series.”
—Joyfully Reviewed

“A witty, sensual historical romance that will have you eagerly turning pages to see what happens next… with secrets, surprising plot twists, engaging characters,
witty repartee, treason, blackmail, jealousy, intrigue and tender love,
this story is a delight… Maxwell brings the story to life right before your
eyes in a way that will have you empathizing with Will and Corinne
and rooting for their happily ever after. I could not put this book
down and read it in one day. Do not miss this amazing story!”
—Romance Junkies

“THE SEDUCTION OF SCANDAL has a promising start, and the delightful heroine drew me in to the story… Cathy Maxwell managed to surprise me with a neat twist… something I didn’t see coming… enjoyable.”
—The Romance Review

“Twists and turns in the plot take the reader on a rollercoaster ride that…swoops up to a breathtaking climax… an undercurrent of humor… compelling… [Maxwell’s] skill depicting the emerging of gentle, pure love that trusts and gives
without reserve captivates… touches the heart.”
—Long and Short Reviews

“Enjoyable…fun…[a] strong quirky support cast… the lead couple is
a nice pairing of an unlikely duo falling in love.”
—Genre Go Round Reviews (and on The World of Romance)

“There are some really exciting twists and turns in this story. And just when I thought it was resolved and over, even more surprises occur. I began to despair at the end of the book because I couldn’t find any way—in my mind—that the issues could be resolved. I found Cathy Maxwell’s conflict and resolution to be one of the most engaging storylines I’ve read in a long while. This charming story turned me into a Cathy Maxwell fan. I’m looking forward to reading more books written by her.”
—Robyn Roberts, Reviewer, One Upon A Romance