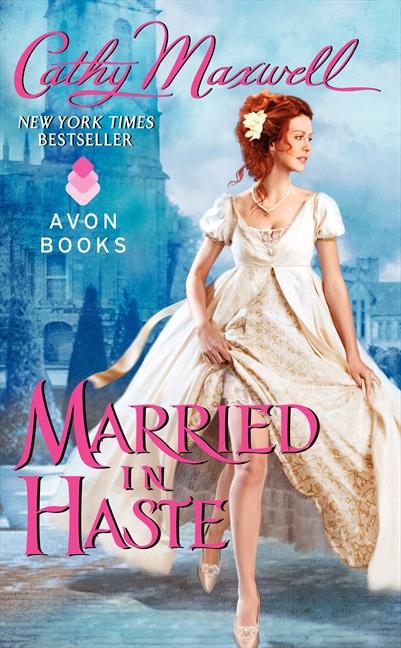 With her exceptional beauty, heiress Tess Hamlin has been dubbed “the Incomparable” by the lords of the ton. Though she can have her pick of suitors, Tess has no desire to wed. She’d rather delight in the intoxicating effect she has on men when she enters a room. But when she makes a daring wager and must secure a marriage proposal in one evening, she plays a dangerous charade with the first man who’s ever set her pulse racing.

Leads to the most unexpected passion . . .

As the new, impoverished Earl of Merton, Brenn Owen needs to find a wealthy wife—and fast. He can think of no better woman than Tess. She’s stunning, intriguing— and rich! Utterly captivated by Tess, Brenn vows to have her. When news of Tess’s wager breaks, her brother, who hopes to avoid the ensuing scandal, accepts Brenn’s offer to marry his sister—much to Tess’s dismay. Now will a marriage made in haste lead to disaster . . . or the most blissful desire?

Brenn leaned back against the door. “I’m not a Corinthian or a fancy man, Tess. I’m accustomed to plain-speaking.”

She folded her hands in front of her. “I am honored by your offer of marriage, my lord.”

Her eyes narrowed and there was a flash of the spirited girl he had seen the night before. “For the reasons anyone marries.”

Brenn knew a stalemate when confronted with one.

He pushed away from the door and walked across the carpet to her. He stopped when they stood so close they were almost toe to toe. “No, Tess. You’re hiding something. Confide in me. Trust me. We each have our own reasons for wanting this match. Let us clear the air and go on about it.”

For the first time since she’d walked into the room, her gaze met his openly and honestly. Panic lurked in their blue depths. Her lips parted. “I–” She stopped as if the other words choked her . . . and then the set of her mouth hardened with firm resolve. “There is nothing to confide.”

Brenn stared at her, uncertain he’d heard her correctly and then felt the swift rise of anger. Why was she being so bloody difficult?

Why was he pressing the issue?

After all, what did it matter if she had been with another man or not? He was marrying her for her fortune. She could have slept with a regiment of men and she would still be his choice because he needed the money. He’d be willing to marry her even if she’d been big as a barrel with child.

So, why did her refusal to be honest make him a little crazy?

Because it did, that’s why. No rational reason, just a primitive anger at her stubborness. And because it mattered, he resolved the issue with the same force of action he would have handled a problem on the battlefield.

He took her by both arms and kissed her.

Her lips parted in surprise. He took advantage of it, pulling her closer to him. At first she opposed him. She attempted to turn her head away, placing her hands on his chest. But something deep and primal that had been lurking within him from the moment she’d first walked into the room now urged him to press forward, to make her respond and bend to him.

It wasn’t just lust. He liked the taste of her. Very much. More than he’d anticipated. And to his satisfaction, ever so slowly, she relented. He deepened the kiss. She responded, tentative at first and then with growing passion.

His tongue touched hers. She started to draw back but he wouldn’t let her. His hand followed the curve of her spine, keeping her close to him.

Her nipples hardened. He could feel them even through the layers of clothes between them and he knew he could have her. Boldly, he pressed himself against her, wanting her to feel his desire for her.

She caught her breath, making a small sound of surprise. Brenn looped her arm over his shoulder while his other hand held her captive. Slowly, deliberately, he began making love to her with his tongue. He knew how to pleasure a woman. A man didn’t travel half the world without learning something about the art of making love.

And one of the things he’d learned is that not every partner sparked this sudden wild desire in him or responded with such innocent inhibiton. Her body fit so well with his. She didn’t protest when he ground his hips against hers, aping the movements of his tongue. She moaned, both arms now around his neck as she held on for support.

He cupped her buttock and lifted her slightly, the better to position himself close to her. She was hot, ready. His fingers started tugging at the skirt of her dress, wanting to remove barriers between them–

A knock on the door was the only warning he had that their privacy was about to be disturbed. They broke apart immediately and managed to place a small sofa between them just as her brother Neil and his wife entered the room.

“So, I hope the two of you have had a moment to get to know each other,” Neil said jovially.